Fairies aren’t just for Disney anymore! People of all ages and genders are choosing fairies for tattoos and not all of them are sweet and innocent.

To choose the perfect fairy tattoo, you have to know a little about fairies. Below are some fairy facts that you can use to make your fairy tattoo one-of-a-kind.

If you love all that is good, here are some fairies that may work well for your fairy tattoo.

Áine is a fairy queen and is the goddess of healing, with the powers of The Spark of Life, vitality, prosperity, protection, and fertility. She has blond, curly hair, with long white robes.

Wood Sprites are fairy elementals live in the oak, hawthorn, and ash trees. They protect the woods, trees, and creatures that live in forests. These fairies would make a nice tattoo for a person who loves nature.

These are sweet fairies that have wings like butterflies. They are very shy and hide whenever they see a human.

These fairies glow with an inner light and can only be spotted right after sunset. They would make a nice tattoo with a sunset hued background.

If you want a fairy tattoo that flies straight from the wild side, these fairies may be for you!

This Celtic lass is where many believe some fairies stories were derived from. With long golden hair and a piercing cry, her appearance was said to foretell the death of a family member.

A sexier fairy tattoo choice, the raven-haired, black winged fairy Aeval is the judge of a man’s sexual servitude to his wife. She would often lead men from their work and into the forest to her kingdom to be judged.

These are angry little house fairies that look a lot like gnomes. They are usually covered in dirt and love to make messes. Boggarts would make a great tattoo for someone who is a mischief maker.

Ankou is the fairy grim reaper. He is dark and wears a black robe pulled over his head. He collects the souls of the dead in a cart pulled by a headless horse. 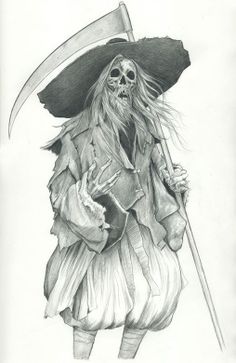 Anthropophagi are fairy creatures that eat human flesh. They have no head, their eyes sit on their shoulders, and there mouth is in the middle of their chests. They are found in works by William Shakespeare. These would make a very dark fairy tattoo.